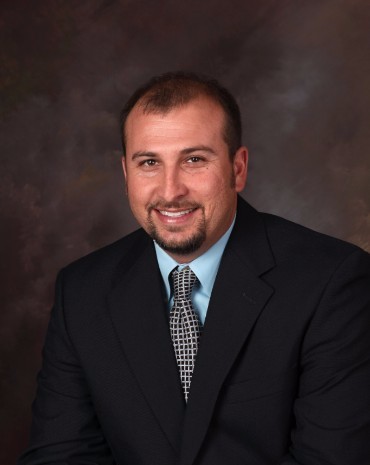 Ronnie "Geno" Kennedy, Jr. is presently serving as President of Operations for Agriment Services, Inc., a North Carolina company of Waste Management Consultants with over 300 facility clients, mostly intensive swine operations, and 20 years of experience in animal waste management systems. In this position, Mr. Kennedy provides swine, dairy and poultry facility owners with a variety of waste management system services to insure compliance with pertinent local, state, and federal rules, regulations, and standards established for the enhancement of water quality and the general environment of North Carolina. These services include the design, construction, monitoring, sampling, land application, and overall operation of intensive (confined) livestock operations. Mr. Kennedy also heads up the ASI Bio Product Development Program and our New Ag Insurance and Realty and Auction Program. He is a State (North Carolina) designated technical specialist, granted under authority of the North Carolina Soil and Water Conservation Commission and according to the North Carolina Administrative Code, T15A:OGF.005., which authorizes Mr. Kennedy to implement the Non-discharge Rule for Animal Waste Management Systems throughout the state and provide technical assistance/guidance to swine operations, operators, and owners in North Carolina.

"The Technology Used To Clean Up Oil Spills Is Proving Effective In Mopping Up Sludge From The Bottom Of Hog Lagoons."

About 10 years ago, Ronnie “Geno” Kennedy began to wonder whether the same bacteria used to clean up oil spills would eat the sludge from the bottom of hog manure lagoons.
After all, petroleum and lagoon sludge both form under anaerobic bacterial conditions. They also form many of the same chemical compounds — methane gas, hydrogen sulfide gas, alcohol compounds, low-pH organic acids, and highly toxic phenols.
Kennedy was concerned because, in his line of work, helping North Carolina pork producers meet environmental regulations, he was seeing some problems with sludge buildup and a resulting lack of lagoon effluent capacity.
In 1995, he called a company in the Midwest that sold bacteria for oil spill cleanup and proposed his idea.
“They were busy selling huge amounts of their product to companies to clean up these big oil spills and hardly thought I was worth talking to,” he says. “But I told them about the hog industry in North Carolina and how many lagoons were out there. They got excited about the possibilities.”
The company brought a compressor and some diffuser lines to lay on top of the sludge to help stir the lagoon water, Kennedy explains. They also brought many buckets of their product, put it into the old lagoon and lowered the sludge from 5 ft. to 1½ ft. within just a few months.
“They used a lot of product,” he adds.
At that rate, Kennedy knew the biological process would not save much, if any, money above mechanical methods of sludge cleanout. So he began experimenting with lower bacterial rates, longer time frames, and higher rates of diffused air to stir the lagoon water.
Today, Kennedy believes he's arrived at a winning combination of time, bacterial supplementation, air movement and economics. His company, Agriment Services, Inc. (ASI) has 22 systems in operation in his home state of North Carolina.
He says his combination over a period of three to five years will reduce sludge volumes 25% to 75%, and reduce emissions of hydrogen sulfide, among the most offensive odors from lagoons. Kennedy also says lagoons undergoing his treatment will have lower levels of biological oxygen demand (BOD), chemical oxygen demand (COD), volatile fatty acid (VFA), ammonia, total suspended solids and volatile solids concentration, and a higher redox potential.
Cost comparisons
Kennedy offers two cost comparisons. In one, he says conventional stirring and pumping costs from 2-8¢/gal. of actual sludge removed. His biological/air mixture has driven system costs down to ¾-1½¢/gal. of actual sludge removed.
In another comparison, he offers cost estimates from a real lagoon. With a need to remove 44,400 lbs. of sludge, conventional removal would cost $10,384 compared to $3,248 with his process. Breaking it down further, conventional removal costs $233.87/1,000 lbs. vs. $73.15/1,000 lbs. with his process.
Kennedy's price estimate of $10,000 for conventional sludge removal via dredging, or agitating and pumping, may actually be low in North Carolina, says Patrick Fussell, an environmental specialist with one of the state's soil and water conservation districts.
The cost eight or 10 years ago for complete mechanical closure of a lagoon of the size required to serve two finishing buildings was $10,000. Today, the same size lagoon could cost $40,000 to $60,000 to close.
Fussell is careful not to endorse Kennedy's system because of the nature of his job, but says he's seen some positive results. “I can't endorse it, but I can't say anything bad about it, either,” he says. “I hope it works out because it will be a lot cheaper for the farmers.”
Several of Kennedy's customers see this process as a pre-emptive measure, a way to spend a little money upfront to avoid spending a large amount later.
“My sludge wasn't a major problem when I started, and I'm using the system more as a preventive maintenance program,” says Bud Rivenbark, a Rose Hill, NC, contract hog producer.
Rivenbark says he had 2.5 ft. of sludge in his lagoon when he started with Kennedy's biological program more than two years ago. Sludge levels have dropped 8-10 in., he says.
“I've seen some pretty positive results from it and it's certainly been worth the money,” he adds.
He plans to add the biological system to his other lagoon this year.
How it Works
Kennedy's system begins with the addition of compressor-driven air diffusers lying on or in the sludge layer of the lagoon. It oxidizes the hydrogen sulfide and turns it into sulfate. That initial process helps to detoxify the lagoon and prepare it for organic matter breakdown.

After a large swine farm lagoon failed in Onslow County, NC. Regulators draft and enact new rules and programs affecting swine farms all across NC. Agriment Services is the first company in NC positioned to help swine producers across the state with our new Basic Monitoring Program. The State Division of Water Quality asks all farms to issue information and register as a swine farm in NC.

NRCS modifies lagoon designs to include extra sludge storage and adding freeboard along with heavy rainfall factor built in the design. Agriment Services moves forward to help expanding producers by designing farms with the new criteria. NC Division of Water Quality incorporates a yearly inspection program for all Swine Farms in NC. The Basic Monitoring Program continues to add new producers charging a fee for record keeping and conducting inspections with the Division of Water Quality.

Basic Monitoring Program continues to grow and the State of NC enacts a moratorium on swine farms which prohibits new farms from being built in NC.

Manure Management Products are developed and refined along with various innovative hardware to sell to producers. Agriment Services is selected to enact programs in San Joaquin Valley in California on dairy farms.

Agriment Services led the design of a farm that met criteria to be built under moratorium conditions. Agriment Services consulted with the farmer to sell the permit to build, the land and provided the waste management plan.

Agriment Services was solicited by several banks to make Environmental Assessments of swine farms. Agriment Services is selected to do waste management work in Kansas and featured in the September 2005 edition of National Hog Farmer as an innovator in biological treatment of swine waste.

NC Senate Bill 3 was signed into law to enhance renewable energy in NC by mandating the use of byproducts from swine and poultry farms to create energy. Solar and Wind Energy was also mentioned in this bill. Agriment Services was hired as lead consultant to work with Renewable Energy Companies looking to combust poultry manure into electricity.

Agriment Services continued to grow the base of services and secured warehouse space in the Midwest and east coast for product distribution. Farm sales increase dramatically.

Agriment Services was selected as a vendor to Hogslat, a leading global supplier for the pork and poultry industry.

Sludge Buster Boat™ programs were born along with the formation of sister entities to handle various programs surrounding sludge/liquid transport of materials. Renewable Energy came back to light and much consulting and understanding was conducted in this arena.

Agriment Services was selected for major projects to manage lagoon and sludge levels for some of the largest swine integrators in the country. 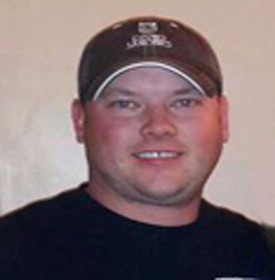 Jonathan K. Miller has been with Agriment Services since 1998 and heads up our Record Keeping and Monitoring Division. Mr. Miller is a skilled technical engineer that understands all federal and state requirements and components of animal waste management systems. Jonathan is well respected by all field regulators and brings many benefits to our clients with his 14 years of technical livestock waste management experience. Mr. Miller also serves his community as the Assistant Chief of the Albertson Volunteer Fire Department. 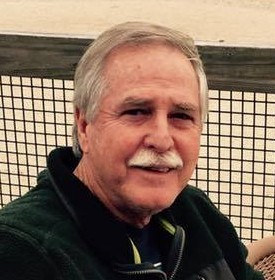 Ronnie G. Kennedy, Sr is broker-in-charge of Agriment Realty, an affiliation of Agriment Services, Inc. Mr. Kennedy, a former fighter pilot and officer in the US Marines, brings to the business integrity and thirty years' experience in real estate and environmental issues. 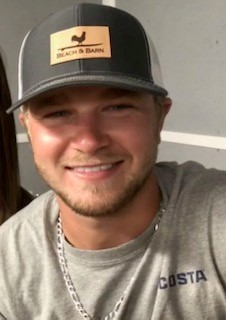 Garrett is a University of Mount Olive graduate that is from Albertson, North Carolina. Through his schooling and coming up on a farm he has learned a lot about the production of livestock and other agricultural products.  He was raised on a hog and cattle farm and has spent a large portion of his time working on and with the livestock and the processes needed to produce them. Garrett has held a few other jobs that were also centered around agriculture, he was a crop scout during the summer of 2016, a labor assistant for Daniel’s Ag Repair through 2014 and 15, and worked at Monsanto Crop Science from October of 2016 until February of 2019. Garrett also volunteers at the Albertson Volunteer Fire Department and has achieved the rank of Eagle Scout in the Boy Scouts of America.

Below are listed the credentials for Ronnie G. Kennedy, Jr.

Mr. Kennedy takes pride in providing his clients with both experience and proven training.